Jamie Bernstein’s album “You Don’t Know Me” is a new and exciting chapter in the musical evolution of this New Orleans-based singer/songwriter. Bernstein grew up primitively in a log cabin among the Appalachian mountains of Southern West Virginia and has been fascinated and deeply involved with art and music from a very early age.
Bernstein has lived in New Orleans since 1996 and has worked and performed with his country/roots band The Hill Country Hounds since 2012. The Hill Country Hounds eponymous debut album was released in 2014.  He has also made three previous solo albums, the last of which was “Whoondang,” produced by Dave Pirner, founder and leader of the legendary band Soul Asylum.
“You Don’t Know Me,” was produced by  the veteran Americana and roots music producer and three-time Grammy winner John Chelew, who has  worked with  Papa Mali, The Blind Boys of Alabama, Donovan, Charlie Musselwhite, Ruthie Foster, Vic Chesnutt,  Richard Thompson, Jo-El Sonnier and other artists.
Bernstein and Chelew assembled a custom combo of great New Orleans musicians for the album. They include veteran drummer Johnny Vidacovich, pedal steel wizard Dave Easley, upright bass player Pat Casey, the esteemed cellist Helen Gillet and fiddle player Matt Rhody. The New Orleans Gospel group The Zion Harmonizers provide backing vocals on two of the tracks.
“You Don’t Know Me” was recorded and mixed by Chris George at the Living Room, a converted church just across the Mississippi River in Algiers. Songs were arranged “head” style by the players and then recorded as quickly as possible. Most of the songs are first or second takes, and most of the lead vocals were “live” as well.
With the songs on “You Don’t Know Me,” Jamie Bernstein’s writing has taken a turn toward the deep and introspective. This music is inhabited by dark canyons and the phantom light of a morning that is promised and finally delivered. There is a sense of compassion,of hard-won freedom, of survival, and of a way of thinking that has thankfully come full circle.
The ghosts of the bluesy, spooky “Haunted,”  the Gospel-tinged “One Man’s Hands,” and the soulful “church” of “First You Cry,” the haunting soldier of “Take These Guns,” and the ritualistic, evocative “folk-baroque” soundscapes of “Land Of The Buffalo,” “Anyway,” and the title track weave an unforgettable and unrepeatable pattern of shadow and light that have somehow become unified in their distillation.
For more information about this recording please contact:
Jamie Bernstein (moonlogik@gmail.com)  504.388.9806
John Chelew (diseased RIP) 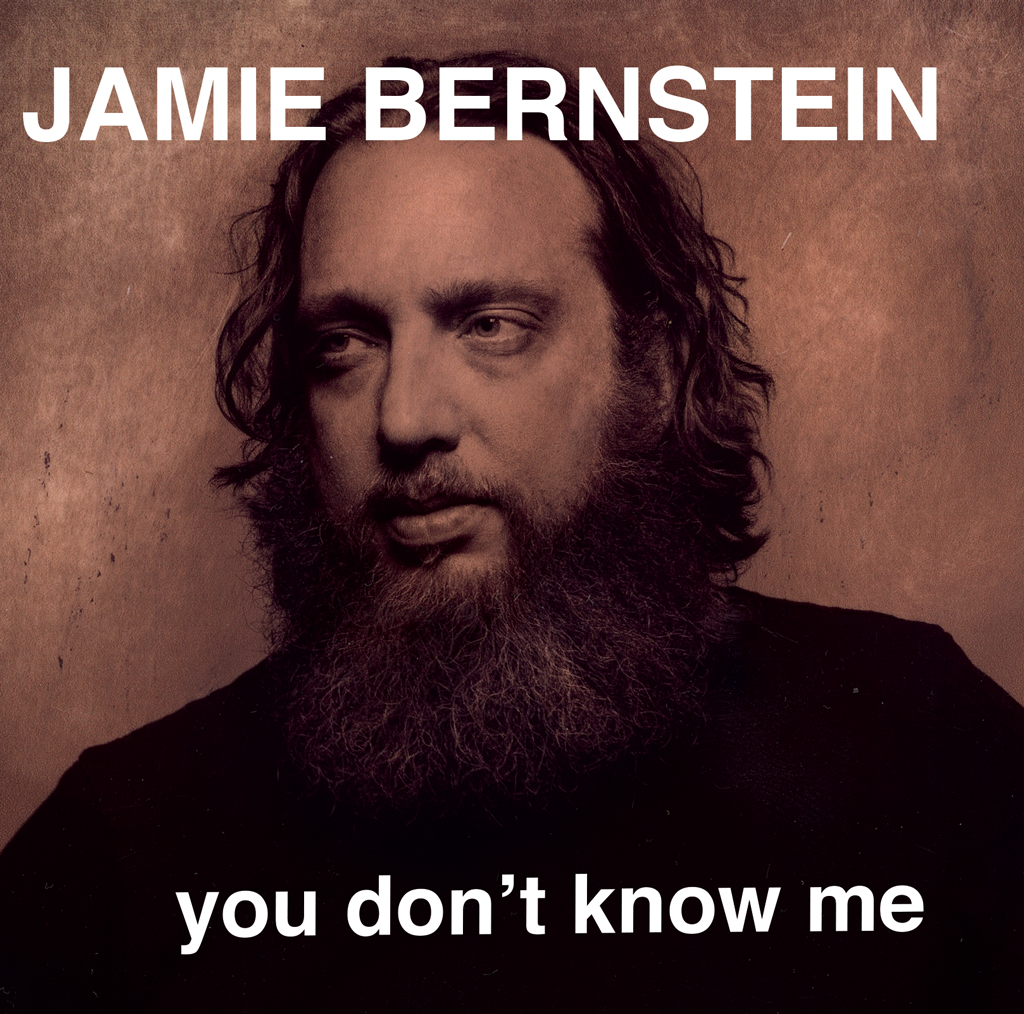